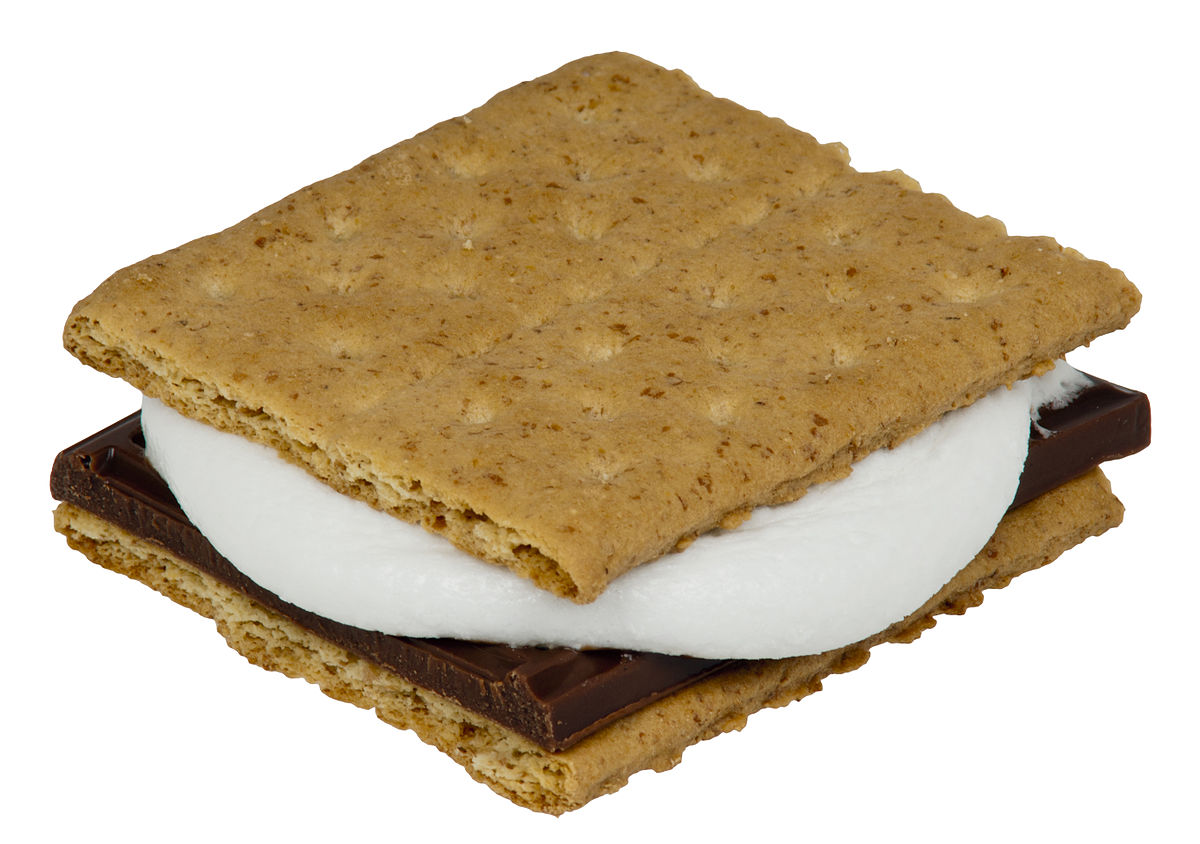 For any international readers, an explanation.  S’mores are an American dessert, probably originating in the early 1900’s, and traditionally served while camping.  A S’more consists of a marshmallow which has been toasted over a fire, and a piece of chocolate, sandwiched between two halves of graham cracker, eaten as a single item.  S’mores are quite delicious (if overpoweringly sweet) and are widely regarded in the U.S. as an essential camping/childhood experience.

My dogs are named for the components of the S’more, Graham being the most obvious.  Hershey is the name of a candy company that is synonymous with chocolate in the U.S.  As for Marsha(mellow), while you may have never seen a black marshmallow, I assure you they are a common (if accidental) sight around the campfire when S’mores are being made!