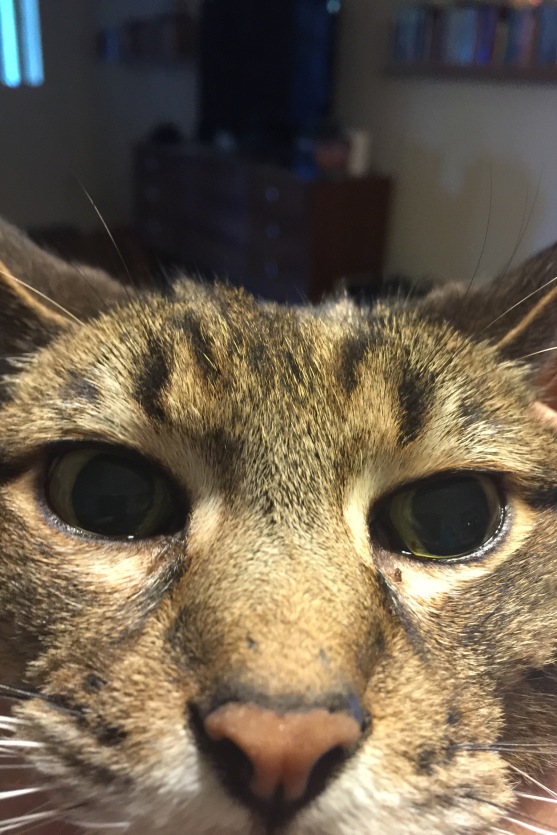 Shortly before leaving for Blog Paws I realized something.  Morph was having a hard time getting around, didn’t quite seem to know where he was at times (he’d almost gone out the back door by accident), and wasn’t interacting as much.  The wide eyes in full bright light up in the picture might give you an idea of what happened.  Morph had gone blind, at least mostly.

It seemed like a sudden onset as I only noticed him bumbling around the house a few days before, but his sight may well have been deteriorating for some time.  He’s had episodes of piteous, soul shattering yowling at night for months.  I’ve not been sure what to make of this, other than being damned annoyed by it. Now a plausible explanation seems that he was disoriented in the dark and didn’t know where he was. Knowing this has only made the yowling a tad less annoying.  During the day he had enough light to get around. Now even full daylight isn’t enough.

There had been concern about his blood pressure before, eventually finding normal results, but now the vet’s working theory is there have been spikes in blood pressure that have done damage to the insanely fine and delicate blood vessels in his eyes.  She put him on a blood pressure medication in hopes that will take some pressure off the delicate vessels and give them a chance to heal, maybe giving him some of his sight back.   It’s a human medication in a tiny pill and he needs to take it at cat doses, so I have to force a quarter of a tiny pill down the throat of a handicapped cat every morning. 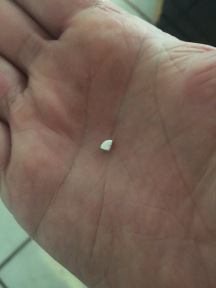 He may not see well, but he can still look resentful.

Recovery is no sure thing though, but over the last couple of weeks he’s been on the medication his eyes seem to have gotten much more responsive to bright light.  He’s not seeing perfectly, he’s mistaken Hershey on the couch for me on a couple of occasions and neither of us are having fun getting the tiny pills down his throat each day, but he’s doing OK.  Cats are built for operating in the dark, and now that it’s not as dark for him as it had been he seems more like his old self.

Caturday: Staring into the Abyss

When I wrote the first post about Graham’s cat-like behavior I blithely asserted in the comments that he shows no interest in that perennial favorite of cats, boxes.  Well, like the small, rebellious creature that he is, Graham has decided to prove me wrong. 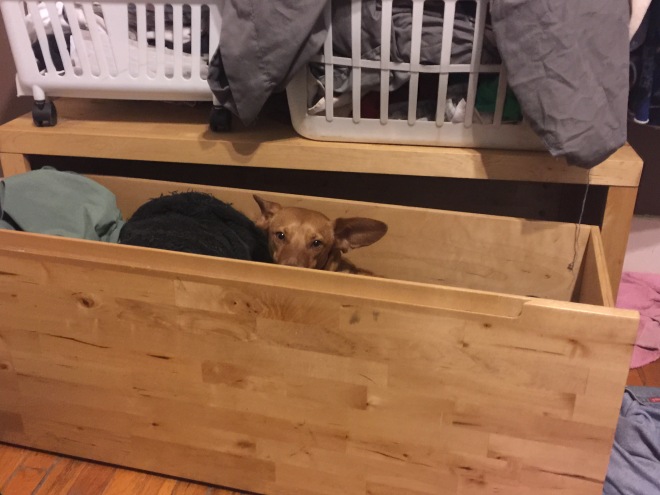 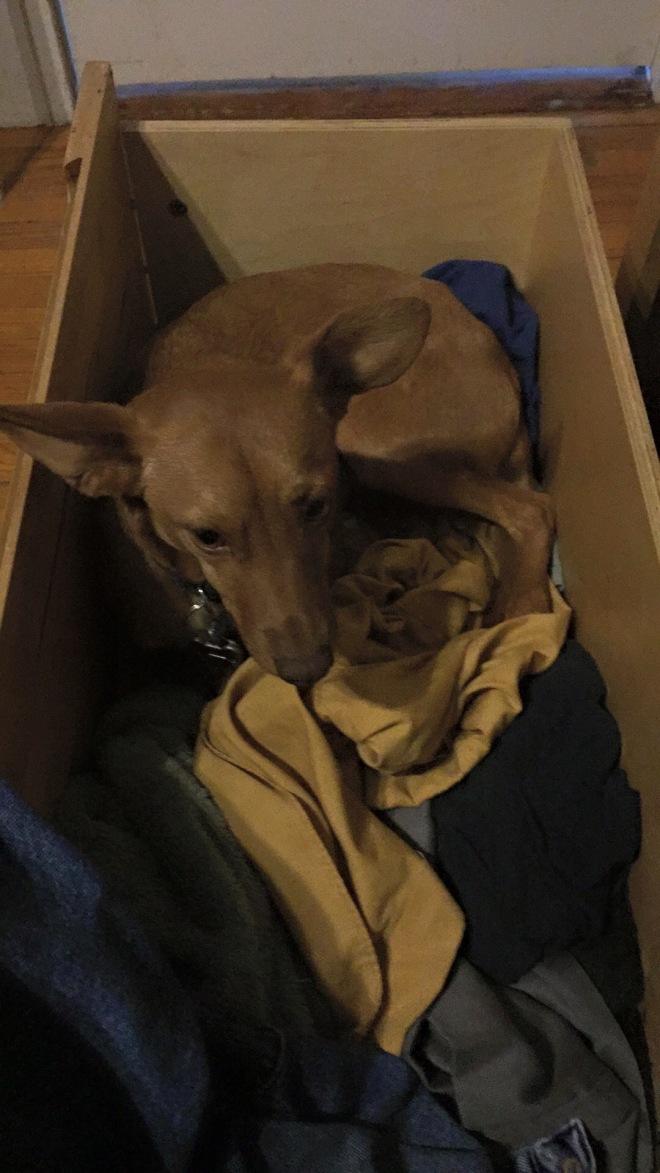 Perhaps he’s decided to provide some blog fodder as I’ve been kind of low on inspiration these last few weeks.  I’ve got a few posts in the draft stage but they don’t seem to be going anywhere.  Then, along comes Graham with a silly new behavior to get me going again.

Anyone have any silly behaviors they’d like to share (pet’s behaviors I mean) to let me know I’m not the only one living with a semi-deranged animal?

In Central California, during the summer, Mother Nature leans hard on the thermostat and then brings out the blow torches.  Typical high temperatures run in the 90’s or low 100’s, with occasional runs of 110+ days I like to refer to as ‘facemelters.’