This is Hershey’s tail: 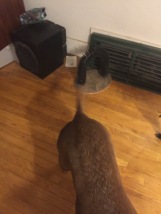 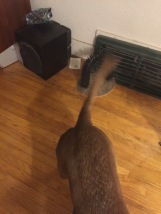 It is a big, meaty, beaty, club of a tail that she flails around with reckless (and sometimes wreckful) abandon.  Many a shin and knee has been assaulted by this fearsome bludgeon of joy.

When I first got her she would come in when I got home and almost always I would hear the ringing clang of her tail hitting the metal trash can in the kitchen.  This soon turned into a worry as it was happening so much that she wore the fur off, and a callus onto the tip of her beautiful tail. 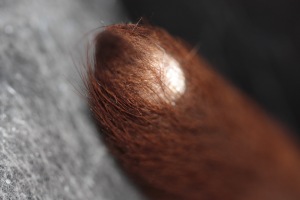 The worry became a concern when I was picking her up after a vet visit and she was so happy to see me she cracked her tail on the wall of the waiting room, the callus split open and she started to paint the wall with smears of blood.

I soon learned this was a known condition for some dogs and was commonly called “happy tail” or “kennel tail.”  Because the tail is so hard to keep still, wounds like this can be hard to heal, and can lead to amputation if something isn’t done.  So naturally I had to change my behavior.

Instead of having her come in right away thrashing her club about, I started going out into the yard.  There she could be as happy, hyper, and excited as she wanted without running the risk of damaging her tail even more.

It worked!  Gradually, the callus went away and the fur grew back.  As she became older and (slightly) calmer we fell back into the habit of her coming in right away, but with no return of the happy tail.

However, she isn’t done with the assault on her tail.  A few weeks ago she started licking the base of her tail, because of an itch, or a scrape I don’t know.  It progressed to matted fur, which then fell out leaving a patch of raw looking skin.

(Don’t worry, no pictures of that!)

So now, she’s in The Cone and has an appointment with the vet.  Now that I don’t have Flick to worry about (mourn yes, but the worry is over) Hershey has come to the top of the List.  Life goes on, and we’ve got a lot of living to do, even if some of it is at the vet. 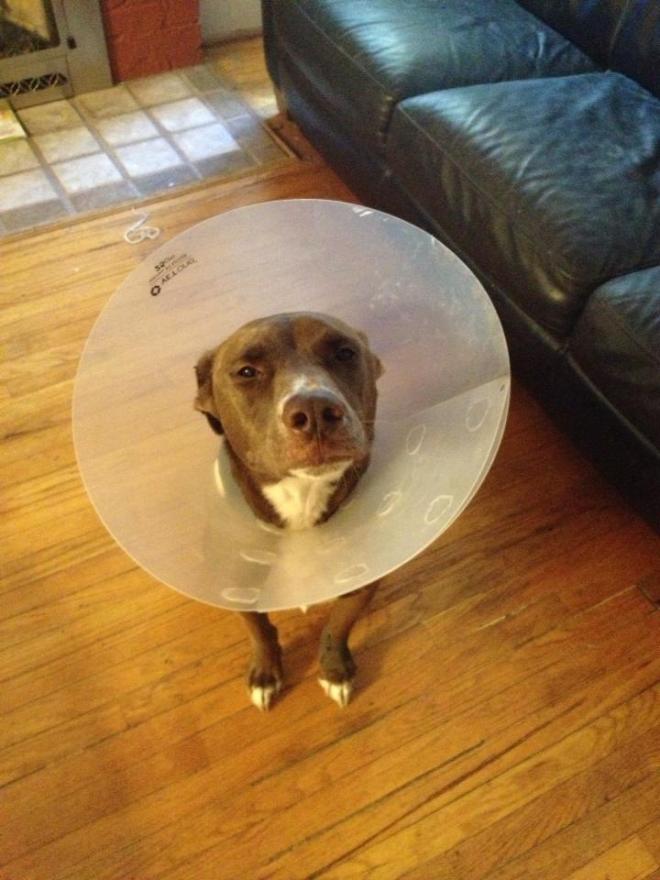